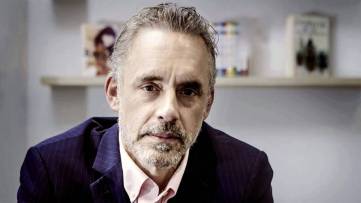 By far, the most frequent accusation leveled against Peterson is an association with the alt-right, partly because of his attacks on the left and partly because his fan base is largely, though by no means exclusively, white and male. So should Peterson be viewed as a crytpo white nationalist? This charge seems exceptionally unlikely. I don’t think it’s possible to listen to an entire talk by Peterson and conclude that he is some kind of undercover recruitment officer for the John Birch Society. Articles which portray him in this way invariably rely on single sentences or even single phrases pulled from a 2-hour lecture and taken wildly out of context. Yet the image of Peterson as a right-wing radical fits our standard narratives so well that it’s incredibly hard for progressives to see him differently, despite the fact that he calls himself a political moderate (which, in Canada, presumably puts him slightly to the left of Bernie Sanders). His viral BBC interview with Kathy Newman is the most egregious and incredible example of this phenomenon.

That said, I do think that Peterson could do more to distance himself from the radical right. For example, he insists that he has no affinity for the alt-right and he receives frequent emails from listeners whom he has persuaded to abandon their ethnocentric beliefs. Yet in the dozens of hours of interviews I’ve watched, I don’t remember him condemning the alt-right explicitly, possibly because he sees it as a nebulous mixture of online trolls and political malcontents, as well as more insidious white nationalists. His scathing attacks on the radical left taken in conjunction with his relatively mild rebukes of the right open him up to criticism.

A second significant charge against Peterson has to do with his terminology. While I agree almost entirely with Peterson’s assessment of the ideological commitments that underlies large segments of the social justice movement, the term that he uses to describe it (“postmodern Neomarxism”) is confusing. Postmodernism is characterized by the rejection of any single, overarching metanarrative while “Neomarxism”, as Peterson defines it, attempts to understand all modern social phenomena through the single, overarching metanarrative of power and oppression. Peterson recognizes that there is a contradiction inherent in this term, yet he continues to use it. Moreover, critics question whether “Neomarxism” is a fair label, especially since Peterson draws a direct line from classical Marxism, to the horrors of Stalinist Russia and Maoist China, to the identity politics of third-wave feminism. They argue that the “Marxist” is being used as an ad hominem, unfairly dumping genocide at the feet of critical theorists.

On these issues, I’m somewhat divided. I think the charge of well-poisoning is plausible, which is why I prefer the neutral term ‘critical theory’ to the more charged ‘Neomarxism.’ And certainly, Peterson’s characterization of ‘postmodernism’ seems to appeal almost entirely to the worst excesses of Foucault and Derrida, to the exclusion of other postmodern thinkers. I don’t know enough about Marxism, postmodernism, or the historical antecedents of critical theory to say for certain whether Peterson is making a mistake here; perhaps he is. However, I’m inclined to think that this is a secondary issue . What I think is undeniable is that ‘critical theory’ is a rapidly growing and seriously flawed ideology that has swept through academia and the larger culture, and which is making inroads into the church. What we choose to call it is, in my opinion, not particularly important.

The final and most plausible charge against Peterson is that he occasionally engages in hyperbole which veers into conspiracy theory territory. As critical as I am of critical theory, Peterson’s language and suggestions are sometimes extreme. Calling for the defunding of entire disciplines or proposing a watch list of “Neomarxist courses” is impolitic, to say the least. To say that critical theory is the dominant ideology in gender studies and anthropology is one thing. To suggest that large numbers of college professors have made it their “life’s mission to undermine Western civilization itself” is quite another.