I. Introduction and positives
II. Connection to critical theory
III. Should we use the word ‘whiteness’ to mean ‘white supremacy’?
IV. Is racial identity good or bad?
V. How central is ethnic identity for a Christian?
VI. Are all whites ‘white supremacists’ by default? 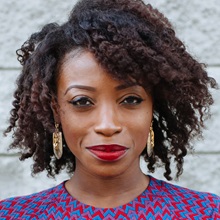 Or should we reject race as an unbiblical category and therefore reject it as part of a healthy identity? Uwan seemed to equivocate on this point.

On the one hand, she repeatedly made statements that seemed to imply that the social construct of race is inherently bad. For example, she made the following comments:

On the other hand, she repeatedly made statements affirming and exulting in her own racial identity:

Her statements distinguishing being Black from being Nigerian are particularly interesting given that she insists that ‘Nigerian’ is a “colonial tag.” Instead, it is her Ibibio tribal identity that she will retain in the new heavens and the new earth, not her Nigerian label. Consequently, ‘Black’ must be understood as a racial label here, not an ethnic label.

Taken together, her comments are incongruent and contradictory. If race is an evil social construct and an idol, why is it permissible for her to exult in her Blackness? If race is an unbiblical category created as a tool of oppression (a fact which we also affirm), why should we build an identity around it?

One possible way out of this puzzle is to argue that while ‘Black’ originally designated a race, it now designates an ethnic group. Blacks were stripped of their various ethnic identities when they were enslaved, but refused to let this injustice define them and consequently forged a new ethnic identity over the centuries based on shared language, heritage, and culture in the United States. We believe that this explanation has merit, and that Black Americans do form a distinctive ethnicity (biblically an ethnos) with a shared culture.

However, this explanation leads to a conundrum: why doesn’t the same reasoning apply to whites? Why not argue that ‘White’ also originally designated a race, but now designates an ethnic group. After all, Uwan says that the core components of an ethnic group are a “common heritage [and] common language.” Certainly, White Americans share that. They also share the other components of ethnicity she mentioned: “common cultural heritage, common religion, common language among other things, [and] racial identity too.” (We note in passing that the inclusion of ‘racial identity’ within the definition of ‘ethnicity’ seems to be a confusion of categories). But this reasoning puts Uwan in the awkward position of saying that whites can take delight in their Whiteness just as she takes delight in her Blackness, which obviously is contrary to the entire message of her talk.

In reality, the only way to legitimately resolve this tension is to fully adopt the categories of critical theory: Black racial identity is good and healthy because it is an oppositional identity, forged in the fires of oppression. In contrast, white racial identity is evil and corrupt, because it is built on the subjugation of people of color. This asymmetric position is the one taken by Robin DiAngelo, whose book Ekemini cites. She writes: “a positive white identity is an impossible goal. White identity is inherently racist; white people do not exist outside the system of white supremacy. This does not mean that we should stop identifying as white and start claiming only to be Italian or Irish. To do so is to deny the reality of racism in the here and now, and this denial would simply be color-blind racism. Rather, I strive to be ‘less white.’ To be less white is to be less racially oppressive.” – DiAgenlo White Fragility, p. 149-150.

Christians should reject the justification of a Black racial identity offered by critical theory for at least three reasons. First, as Ekimini herself notes, race is a social construct not a biblical category. It would seem odd, then, for Christians to find such meaning and significance in a category of identity found nowhere in Scripture.

Second, adopting a rationale for racial identity based explicitly on binary oppressed-oppressor dynamics locks Blacks into the role of victim in perpetuity. Even worse, it locks fellow white believers into the role of ‘oppressor.’ Do we really believe that Jesus’ vision for the church or Paul’s involves entire groups of Christians deriving their sense of identity from being oppressed by other groups of Christians? Clearly not. One of our primary criticisms of critical theory is precisely that it brings the world’s enmity into the church, where we are meant to find unity in Christ that casts down all the barriers that the world erects.

Third, critical theory’s insistence that blacks, women, the poor, the disabled, the LGBTQ+ community, and others form monolithic ‘oppressed’ groups is simply incorrect. In our culture today, individuals from each of these groups can wield tremendous amounts of cultural and even institutional power, often over individuals from ‘oppressor’ groups. Good and evil cross lines of race, class, and gender. Treating individuals as mere avatars of their respective groups obscures this important truth.

If race is not a biblical category and especially if it is “unredeemable,” it seems difficult to argue that Christians should seek to develop a ‘racial identity’ of any kind, whether we’re ‘white’ or ‘black’ or ‘other’. As Christians, we certainly cannot create categories of identity that are predicated on seeing other believers as our oppressors. Uwan seems inconsistent on this point.

Previous: Part III – Should we use the word ‘whiteness’ to mean ‘white supremacy’?

Next: Part V – How central is ethnic identity for a Christian?