Yesterday, Bradly Mason published another commentary about our dialogue on critical theory, which we concluded almost two weeks ago. 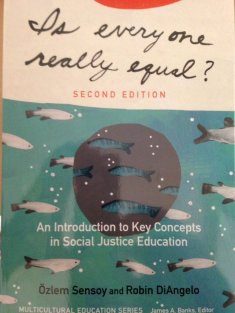 He stated that he’s been soliciting input from well-known scholars on whether my claims are accurate. Of course, I welcome this feedback and will gladly dialogue publicly with anyone who would like to discuss these issues (including Brad). However, in his latest post, Brad also published the email he’s been sending and, unfortunately, it contains several mistakes that I fear will lead to confusion. (To be clear, I’m basing this response on the excerpts he posted. I’ve repeatedly asked Brad to post his entire email to Dr. Levinson, but he has declined to do so.)

I made two very important points throughout our discussion.

Second, I said that the term “contemporary critical theory” was just a label for the set of ideas I described, which are promoted by scholars like DiAngelo, Crenshaw, Bonilla-Silva, McIntosh, Adams, and others. “Contemporary critical theory” is not a technical term, and hence the ideas themselves are more important than the label we use to describe it. I repeated this statement in Parts 1, 3, 5, and 7.

Unfortunately, the email that Brad sent missed both of these crucial points.

But I have never claimed to be characterizing “critical theories [plural].” I have also never claimed that I am trying to “represent the actual ‘core’ of Critical Theory [or] critical social theories [plural].” Note also that when “Critical Theory” is capitalized, it often specifically refers to the ideas of Frankfurt School (a point that will become important when evaluating Dr. Bronner’s comments). Thus, Brad’s statements are inaccurate and will lead to confusion, as the scholars who read his email may understandably assume that I am trying to characterize the core tenets shared by all critical theories or the ideas of the Frankfurt School.

Second, while Brad states that my four tenets are meant to represent the “core tenets of ‘contemporary critical theory,'” he offers no guidance on how I have defined this term. He doesn’t mention DiAngelo, Bonilla-Silva, Crenshaw, Adams, or any of the other scholars I cited. He gives no indication that I have made an effort to select a specific subset of scholars who are engaged in critical theory or that I’m attempting to distill their particular views.

I’ve tried to show Brad the importance of these points, but I’ve failed to make it clear, because he still continues to assume that I’m offering a “characterization of CT” 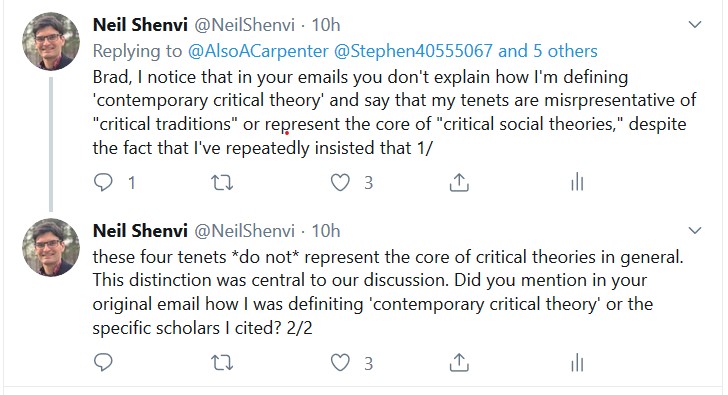 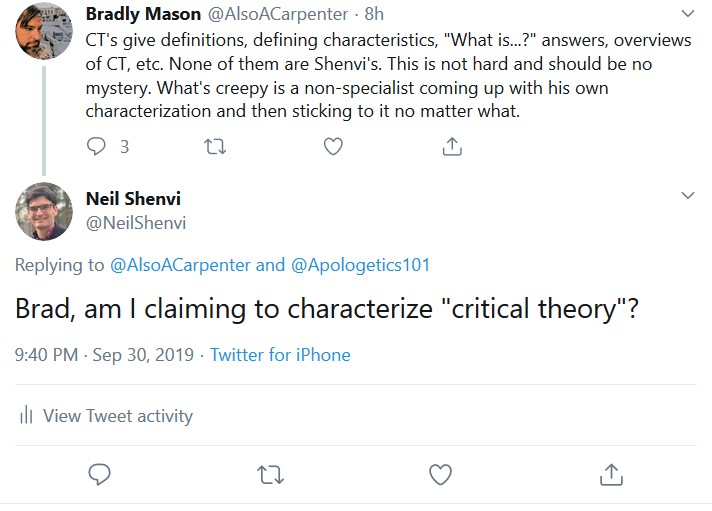 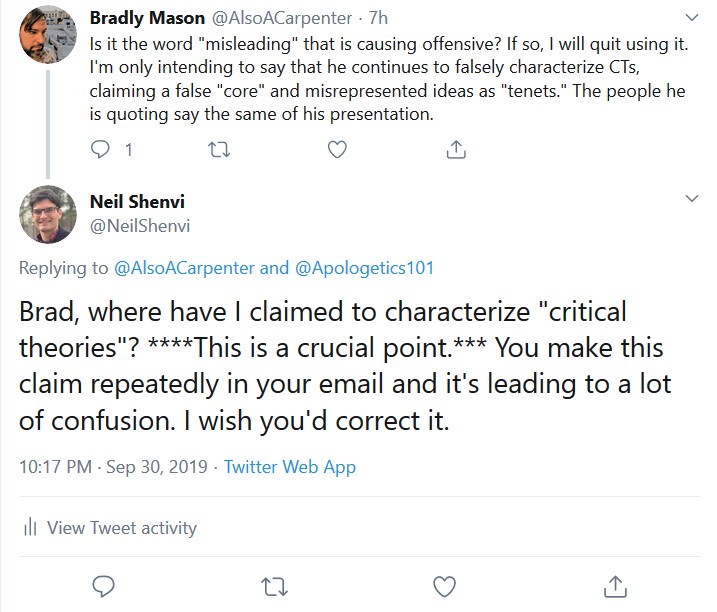 As an analogy, imagine that I wanted to critique the views of pastors like Brian McClaren, Rob Bell, and John Pavlovitz. Imagine that I gave their shared ideas a label like “progressive Protestantism.” Brad and I could certainly debate whether I had accurately described the “core tenets” of “progressive Protestantism” as promoted by these men and others who hold to their views.

I believe that something similar will happen with Brad’s emails. Because he incorrectly states that I am attempting to “characterize critical theories [plural],” many scholars may understandably assume that I am trying to provide a single, unifying description of all critical theories in general, which is absolutely untrue. Similarly, because he doesn’t mention which scholars I am trying to characterize, there will be no way for people to determine whether I’m representing these scholars’ views fairly.

I believe that this is why Prof. Bronner responded to Brad’s question by focusing entirely on the Critical Theory of the Frankfurt School, which is merely one of many critical theories. Presumably, Bronner doesn’t think that critical race theory or queer theory or other forms of critical theory can be adequately characterized by the writings of Horkheimer and Adorno. Of course, I could be wrong. Perhaps Bronner does think that queer theory and critical race theory can be characterized in terms of the central ideas of the Frankfurt School. In that case, I’m again happy to dialogue with Prof. Bronner, either via email or the medium of his choice. But, certainly, the email that Prof. Bronner received would not have alerted him to the distinctions I’m making.

Finally, it’s worth comparing the various definitions of ‘critical theory’ that have been proposed over the course of our dialogue: from Levinson, Sensoy and DiAngelo, the SEP, Bronner, Horkheimer, etc… Note that no two descriptions are exactly the same. And this dissimilarity highlights the fact that there is no “official” definition of critical theory. In this way, “critical theory” is a bit like “evangelicalism.” It’s a broad label that admits of many different definitions.

If people are skeptical that the ideas I’m describing really are taught by some critical theorists, I strongly urge them to read over these quotes from Sensoy and DiAngelo’s “Is Everyone Really Equal?” And as I’ve suggested before, rather than debating this semantic issue, I hope that people will consider the ideas I’ve outlined, independent of the label we use, and ask: are they biblical and true? Are they influencing evangelicals?

Addendum: Brad, I can’t keep responding to a steady stream of articles on this subject without the chance to truly interact or discuss the claims you’re making. If you’d like to re-open our dialogue, I’d be happy to do so. Several people have also invited us to do a podcast together to discuss and debate our views. I have agreed and would be delighted if you joined me.