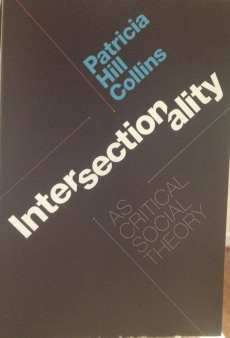 “Gender, race, ethnicity, nation, sexuality, ability, and age… reference important knowledge traditions among subordinated peoples who oppose the social inequalities and social injustices that they experience. Such projects aim to address the deep-seated concerns of people who are subordinated within domestic and global expressions or racism, sexism, capitalism, colonialism, and similar systems of political domination and economic exploitation. Whatever the form of oppression they experience –race, class, gender, sexuality, age, ability, ethnicity, and nation– subordinated groups have a vested interest in resisting it.” (p. 10)

“epistemic resistance is vital to opposing racism, sexism, class exploitation, and similar social phenomena… epistemologies exercise power in regulating social theories. Epistemology is implicated in power relations; it is not a passive bystander during the social construction of knowledge.” (p. 11)

“focusing on relationships among entities [i.e. relationality] constitutes a defining feature of intersectionality… The premise that race, gender, class, and other systems of power mutual construct one another now functions as a taken-for-granted truism within intersectionality” (p. 16)

“racism, sexism, class exploitation, and similar oppressions may mutually construct one another” (p. 46)

“A scientific truth is not an absolute, but rather is the best explanation for empirical evidence… Philosophy, literary criticism, and history… do not seek absolute or even provisional truths about the social world, but rather investigate the meaning of the human condition. Theorizing about philosophical topics such as democracy, inequality, freedom, social justice and love stems from efforts to make sense of human life and experience. There are no right or wrong arguments, no absolute truths, only narratives or stories that are more or less relevant to the search for meaning. Because intersectionality encompasses both social sciences and humanities, it can be conceptualized alternatively as a social theory that guides the search for truth and as a social theory that guides the search for social meaning.” (p. 51-52)

“At its heart, intersectionality is a set of ideas that is critical of the established social world” (p. 53)

“This interdisciplinary project [i.e. the Frankfurt School] is often presented as a point of origin for and predecessor of contemporary critical social theory… I capitalized Critical Theory to distinguish the specific discourse of the Frankfurt school as a specific school of thought. In contrast, I use the phrase critical social theory to refer to range [sic] of theoretical projects that self-define or might be classified as critical.” (p. 56)

“Postmodern social theory’s three orienting strategies of decentering, deconstruction, and difference provided an important set of tools for social criticism… Yet when uninformed by political or ethical considerations, these same tools… can uphold dramatically different projects… Critical Theory brings a self-reflective political and ethical analysis to theorizing, applying rules of accountability to its own praxis. Postmodern social theory has no such commitment.” (p. 78)

“resistant knowledge projects… grapple with the existential question of how individuals and groups who are subordinated within varying systems of power might survive and resist their oppression [w]hatever the form of oppression they experience –race, class, gender, sexuality, age, ability, ethnicity, and nation” (p. 88)

“Within a color-blind racial formation, people misrecognize racial hierarchy, fail to see racial discrimination, and, by choosing to remain ‘blind’ to racism, perpetuate it” (p. 94)

“Feminist philosophers criticizing the categorical logic of binary thinking, narratives of evolutionary progress, and Western taxonomies of the Great Chain of Being as socially constructed ideas that naturalized and normalized hierarchies. Significantly, their emphasis on standpoint epistemology and power relations provided an important foundations for contemporary analyses of epistemology and of social justice” (p 100)

“Projects of antiracism, feminism, and decolonialism are called resistant knowledge projects for a reason. For such projects, the guiding question is less whether to resist prevailing power arrangements and more what forms such resistance might take.” (p. 116)

“Epistemic resistance, or resisting the rules that govern what counts as knowledge, constitutes an important dimension of critical theorizing in academic venues” (p. 118)

“critical theorizing for intersectionality rests on dialogical engagement with and among various knowledge projects. The boundaries among critical race theory, feminist theory, and postcolonial theory, for example, are blurred, with intellectuals who cross boundaries using ideas from many areas to inform their work.” (p. 119)

“A broader understanding of epistemology points to not only how social inequalities are reproduced in the application of seemingly objective rules, but also how the substance of the rules themselves foster injustice. This concept of epistemology as an active participant in organizing power hierarchies has been fertile ground for intersectional analysis” (p. 127)

“Some scholars have interpreted this tendency to disbelieve the stories of subordinated individuals as a form of epistemic violence. Just as interpersonal and state-sanctioned violence underpin intersecting power relations by policing the borders of race, class, gender, sexuality, and similar forms of power, tactics of epistemic violence operate within interpretive communities to police the cherished ideas of any given group” (p. 133)

“Identity politics and standpoint epistemology constitute two important dimensions of epistemic resistance for subordinated groups. Identity politics valorizes the experiences of women, people of color, poor people, LGBTQ people, and similarly subordinated people as a source of epistemic agency. By claiming the authority of experience, standpoint epistemology defend the integrity of individuals and groups in interpreting their own experiences.” (p. 136)

“Women, Black people, and similarly subordinated groups routinely advance political claims in terms of the experiences that accompany negative identities. Yet experience as a way of knowing is routinely dismissed as mere opinion rather than informed testimony that illustrates the truths of being silenced and subordinated.” (p. 137)

“One way of conceptualizing intersectionality is to see it as a methodology for decolonizing knowledge…All knowledge produced within existing Western epistemologies becomes suspect precisely because the validity of such knowledge rests on exclusionary, nondemocratic methodologies.” – (p. 144)

“Some [theoretical projects of Western social theory] explicitly aim to be critical; others do not. Marxist social theory, the Critical Theory of the Frankfurt school, existentialism, liberation theory, and British cultural studies all have a critical impetus at their core. Other projects may carry the mantle of critical social theory, as in the case of postmodernism and poststructuralism, yet they might be more wedded to criticizing society than to reforming or transforming it.” (p. 145)

“Power relations shape all social relations… Even the most homogeneous communities contains considerable differences in power –those distinguishing the old from the young, women from men– the very categories of analysis that have been core to intersectionality itself.” (p. 146)

“In a David and Goliath world regulated by dominant Western epistemologies [ways of knowing], intersectionality cannot simply assume that it is playing by the same set of rules as everyone else. Critical theoretical projects resist and criticize not just the intellectual and political arrangements that accompany specific forms of domination, but also how dominant epistemologies make these structures of knowledge notoriously difficult to upend.” (p. 152)

“Tools of epistemic resistance used by subordinated people –namely, testimonial authority, identity politics, and standpoint epistemology– all rest on implicit assumptions about the utility of experience for producing knowledge.” (p. 157)

“Intersectionality has not yet crsytallized into a canon with founding figures, a coherent narrative of its point of origin, and a list of its core tenets.” (p. 185)

“Experience constitutes a source of wisdom, a way of knowing that is democratic precisely because it does not depend on formal education. (p. 185-186)

“Because critical social theories have a vested interest in opposing political domination, the question of freedom has been central to many resistant knowledge projects” (p. 190)

“One can trace a significant albeit unacknowledged influence of selected ideas from Maxist social theory on the critical social theories and resistant knowledge projects described in chapters 2 and 3. The Critical Theory of the Frankfurt school, Fanon’s liberation theory, critical race theory, some strands of feminism, and British cultural studies have taken up varying ideas from Marxist social theory for their own projects.” p. 230-231

“Theorizing about broad philosophical topics such as democracy, inequality, freedom, social justice, and power stem from efforts to make sense of the human condition. There are no right or wrong arguments, no absolute truths, only better or worse arguments.” (p. 243)

“eugenics drew upon these categories of analysis [i.e. race, ethnicity, and ability] within a relational framework that was implicitly intersectional” (p. 256)

““A second unifying principle of eugenics projects relied upon family rhetoric and practices to explain social hierarchy. As Anne McLintock observes, ‘the family image came to figure hierarchy within unity as an organic element of historical progress, and thus became indispensable for legitimating exclusion and hierarchy within nonfamilial social forms such as nationalism, liberal individualism and imperialism’…So-called normal families are expected to socialize their members into an appropriate set of societal norms. Hierarchical relations of gender, age, and ability within families articular with placement of the family unit within hierarchical social relations of race, class, and citizenship.” (p. 261)

“Having the power to set the rules of what will count as truth (e.g. epistemic power) has greater impact than criticizing knowledge created within those rules. Epistemic resistance to the rules themselves is far more formidable than simple criticism or dissent.” (p. 272)

“Fundamentally, social justice projects not only criticize social inequalities as being unjust, they routinely and explicitly work to dismantle them.” (p. 274)

“The meaning of critical social theory is far from settled” (p. 275)

“Postmodern social theory, for example, provide a powerful set of analytical tools for criticizing society; these tools can be used in service to social justice. But such tools need not be used for this purpose. Moreover, poststructuralism’s rejection of the grand narratives of the Enlightenment makes it impossible to reconcile a commitment to social justice within poststructuralism’s epistemological framework.” (p. 275)

“Social justice is one of intersectionality’s core constructs that reappears across heterogeneous intersectional projects” (p. 275)

“An explicit or even implicit commitment to social justice need to not be a guiding premise of intersectionality” (p. 276)

“the term justice is used as a suffix for contemporary activists projects and movements as a way of signaling critical intent… The use of the term justice can also identify specific dimensions within an existing social movement, as in the case, for example, of the distinctions between reproductive rights and reproductive justice within feminism” (p. 277)

“Truth is not an absolute. Instead, the rules that determine what counts as truth mean that some truths count more than others… Epistemology is crucial for understanding why some truths are present in intersectioality’s knowledge base while others remain neglected, as well as whose truths are believed and whose are dismissed. How we come to believe in what we see as true is just as important as the substance of the ideas that we take as true. Most of us synthesize truths that are produced by others and that we find beliwvable. Despite the blurring of fact and fiction within political discourse, knowing that some provisional truths are substantially stronger than others is essential to critical analytical work. No one can definitely prove the truth of climate change. But the evidence for such truth is all around us. No one can definitely prove the truth of a sexual assault that has no witnesses. But the evidence for sexual assault as a social problem brought forward by those harmed by such practices well after the events themselves should be evidence enough. The truth of each survivor can be disputed, but the truth of the pattern itself can no longer be denied.” (p. 288)

“Is some sort of commitment to social justice required for intersectionality’s critical analysis? More importantly, should it be? This book raises these questions, yet the answers lie within us.” (p. 290)