Critical race theorists have long critiqued the concept of ‘colorblindness’. 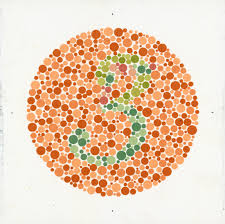 Indeed, according to CRT Richard Delgado, such criticism is one of the hallmarks of critical race theory (Delgado, Critical Race Theory, p. 26-31). Popular books like Eduardo Bonilla-Silva Racism without Racists and Robin DiAngelo’s White Fragility have continued this tradition. However, criticisms of ‘colorblindness’ have also recently been voiced by evangelical Christians, some of whom have claimed that it is heretical. Is that the case?

In this essay, I’ll try to cut through some of the semantic noise to see which theological criticisms of ‘coloblindness’ are potentially valid and which seem to be misplaced.

One serious obstacle in this discussion is the definition of ‘colorblindness’ (see this essay for a longer discussion). The colloquial definition, which is found in most dictionaries, includes the idea of being “free from racial prejudice” which -presumably- everyone would agree is a distinctly positive quality. In contrast, critical race theorists see ‘colorblindness’ as part of an ideology that encourages people to “ignore race,” creating an excuse for dominant groups to avoid dealing with racial injustice and allowing them to impose their culture’s values on subordinate groups.

We’ll see these different definitions emerge in the debate of ‘colorblindness’ in a theological context.

The primary argument against colorblindness is that it erases differences that God created and deems ‘good.’ While passages like Gal. 3:28 or Col. 3:11 are used to argue that the church ought to be ‘colorblind,’ critics of ‘colorblindness’ will point out that these passages do not argue that differences like ethnicity or gender ought to be erased, only that -for Christians- they are no longer our primary identity. They will rightly observe that becoming a Christian does not mean that a person is no longer male or female so that we are required to be ‘genderblind.’ Because gender is one of God’s good creations, we should not only acknowledge that it exists, but celebrate it. In the same way, it is appropriate to acknowledge and even celebrate our ethnicity (see Acts 21:39, Acts 22:3, Rom. 3:1-2, Col. 4:11).

A related argument is that ‘colorblindness’ is often a conscious or unconscious justification for enforcing dominant racial, ethnic, and cultural norms. For example, imagine a church whose worship songs are exclusively drawn from contemporary Christian rock music. In this case, the leadership’s insistence that their church is ‘colorblind’ could be used to avoid acknowledging that their style of worship will probably be more comfortable for whites than for blacks. This is a legitimate concern.

Proponents of colorblindness will indeed root their arguments in texts like Gal. 3:28 and Col. 3:11. But they could counter the criticisms raised above by correctly observing that while ‘ethnicity’ and ‘culture’ are biblical categories, ‘race’ is not. As critical race theorists will vehemently affirm, ‘race’ is a social construct. Thus, it would be incorrect to claim that ‘race’ is on par with ‘gender’ or ‘ethnicity.’

Moreover, they would also argue that even if we agree that ethnic and gender differences are not erased in the Church, they ought to be radically demoted in importance. It is indeed possible (and dangerous) to exalt a good, God-created identity-marker over our shared identity in Christ. For example, it is not wrong for me to see myself as brown-eyed. But if I begin to insist that being brown-eyed is fundamental to my identity as a Christian and if I begin to feel more solidarity with fellow brown-eyed non-Christians than with green-eyed Christians, we’d begin to question whether I’m thinking rightly about my identity in Christ.

Finally, proponents of color-blindness will caution against the overemphasis of ‘social location’ on either our praxis or our theology. While our practices and our theology are certainly influenced by our race, gender, ethnicity, and a host of other factors, they cannot be reduced to these factors. Theological statements are primarily ‘true’ or ‘false’, not ‘black’ or ‘white’ or ‘indigenous’ or ‘male’ or ‘female.’  In the same way, the practices of the church should be culturally sensitive, but must ultimately be subjected to scriptural authority, not cultural preferences.

Some of this debate hinges on how terms are being used. In many cases, different definitions lead people to talk past one another. Both sides makes valid points that deserve to be heard. I’d urge Christians engaged in discussions of this issue to clarify their language and also to jointly affirm that: