Popular atheist writers like Richard Dawkins, Sam Harris, and Christopher Hitchens define the word ‘faith’ to mean ‘belief without evidence.’ For example, in The Selfish Gene, Richard Dawkins writes that “faith… means blind trust in the absence of evidence, even in the teeth of evidence.” 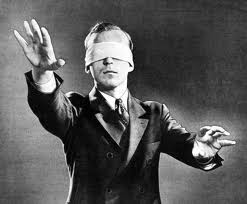 In response, numerous Christians have pointed out that the word ‘faith’ refers primarily to ‘trust’ or ‘confidence’ in God, which can certainly be  based on evidence, just like our ‘faith’ in our spouse can be based on ample evidence that she is worthy of our confidence.

However, other atheists appeal to the Bible to support their claim that faith is ‘belief without evidence.’ They often base this claim on a passage from Hebrews 11. Biologist Jerry Coyne, in his book Faith vs. Fact writes that religion depends on faith, “a word defined in the New Testament as ‘the substance of things hoped for, the evidence of things not seen.'” So are these writers correct? Does the Bible itself insist that faith is ‘belief without evidence’?

No, I don’t think it does. In fact, I think this passage is an excellent illustration of the traditional Christian understanding of ‘faith’ as ‘confidence’ or ‘trust.’ For those unfamiliar with the Bible, I’ll sketch some basic principles of interpretation and show how they render the ‘belief without evidence’ interpretation highly implausible. These principles are by no means limited to religious texts like the Bible but are equally relevant when interpreting legal documents, literary works, or even emails.

First, if we want to know the definition of a word from a novel or a legal document or an ancient religious text (recall that the New Testament was written in Greek), we don’t have to guess the meaning entirely from context. We can consult a dictionary, a lexicon, or a concordance. The word translated as ‘faith’ in Heb. 11:1 and elsewhere in the Bible is the Greek word ‘pistis‘, which is defined by Strong’s concordance as “faith, belief, trust, confidence; fidelity, faithfulness.” Likewise, the BDAG provides the definitions: “1. state of believing on the basis of the reliability of the one trusted 2. trust, confidence.” No mention -either positive or negative- is made of evidence, but words like ‘trust’ and ‘confidence’ are given as synonyms. So already, we have reason to wonder whether ‘belief without evidence’ is a reasonable meaning to infer for this word.

The problem seems to be one of translation. Coyne and others are quoting from the King James Version, which was produced in 1611 and therefore uses a number of archaic terms or terms whose meanings have shifted over the last three centuries (anyone know how far a ‘furlong’ is?) So let’s compare three of the most popular modern translations, the NIV, ESV, and NASB:

“Now faith is the assurance of things hoped for, the conviction of things not seen.” – Heb. 11:1 (ESV)

“Now faith is the assurance of things hoped for, the conviction of things not seen.” – Heb. 11:1 (NASB)

In these translations, the sentence’s meaning is much more clear. Faith is ‘trust’ or ‘confidence’ in things we hope for but do not see, not ‘belief without evidence.’ All three translations explicitly link ‘faith’ to ‘assurance.’ Simply by using a modern translation, we find that the passage supports the traditional Christian understanding of faith. But what if these translations are not reliable? Perhaps Christians altered the translations to make the text’s meaning seem more palatable?

If that’s our worry, we can go farther. As in the interpretation of any document, context is crucial. A single verse in the Bible should not be read in isolation, any more than a single sentence in a novel or a single paragraph in a contract. The definition of faith in Heb. 11:1 is followed by a chapter-long list of individuals who, according to the author, exemplified faith. But numerous characters in the subsequent ‘hall of faith’ of Heb. 11 show that faith cannot mean ‘belief without evidence.’

For example, Abraham is mentioned as a model of faith in verse 8 because he “obeyed when he was called to go out to a place that he was to receive as an inheritance.” But, in Gen. 12, we’re told that Abraham went because God spoke directly to him and commanded him to go. In v. 27, we’re told that “by faith [Moses] left Egypt.” But the narrative in Exodus 7-12 shows that Moses had spoken directly to God and had also seen God work numerous miracles, including ten devastating plagues. In v. 29, the Israelites cross the Red Sea “by faith.” But the Israelites were commanded by God to cross the sea which, at the time, was being driven back by a miraculous wind (see Ex. 14:21). I could add many more examples from this chapter, but the point is clear: ‘faith’ cannot mean ‘belief without evidence’ because it is repeatedly used to describe the trust or confidence that individuals had in God after hearing Him speak to them or after seeing Him perform miracles. Now an atheist or agnostic can insist that these events never happened, but they would still have to concede that the author of Hebrews does not see ‘faith’ as opposed to ‘evidence.’

For all these reasons, the claim that the Bible defines faith as ‘belief without evidence’ is incorrect. Faith is trust in God and that trust can be based on evidence. Certainly, many Christians have a trust that is primarily based on their personal, subjective experience of God. But that trust can also be based on objective evidence for God’s existence, for the resurrection of Jesus, and for the credibility of his claims about his own identity. If you’re an atheist or an agnostic, God is not calling you to a blind leap in the dark. He is asking you to trust in Him and to be confident in his promises.